In 1965, The Weaver Mansion, now the Secret was considered state of the art for its time! There was an intercom system that ran throughout the house as well as forty-two plus phone jacks with 4 incoming lines. The most amazing feature of the house is the roof top pool. Spanning almost the width of the house, the pool is housed in it’s own encasement. The shallow end starts at 3 feet then moves down to a whopping 9 feet!! It originally had a diving board on one end that has since been removed. It has a vinyl liner that has been replaced a few times over the years and was originally accessed by a spiral staircase. The staircase was removed and turned into storage closets to limit access from the outside.
Can you imagine in 1965 coming to the house for a swim to discover such a breathtaking view from the pool deck!! Amazing!!
‪#‎thesecretbedandbreakfast‬ ‪#‎weisslake‬ ‪#‎VisitNorthAl‬ 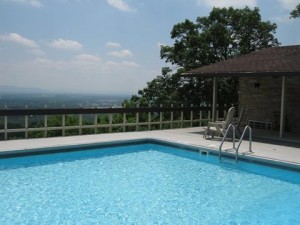 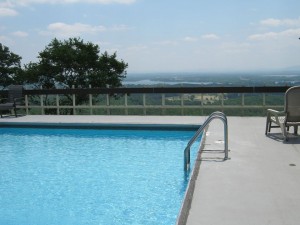